For sale, Dolce and Gabbana’s stunning villa on the island of Stromboli

UK: Harry announces the birth of the Royal Baby, Megan gives birth to a male

The pink, in all its versions, conquers the red carpet of the Oscars

For Genoa also a cultural bridge

The funeral of Aretha Franklin will take place on August 31

Poltu Quatu Classic returns to the scene of major international events with the seventh edition of the most glamorous Concours d’Elegance of the summer, organised by Auto Classic in collaboration with the Grand Hotel Poltu Quatu 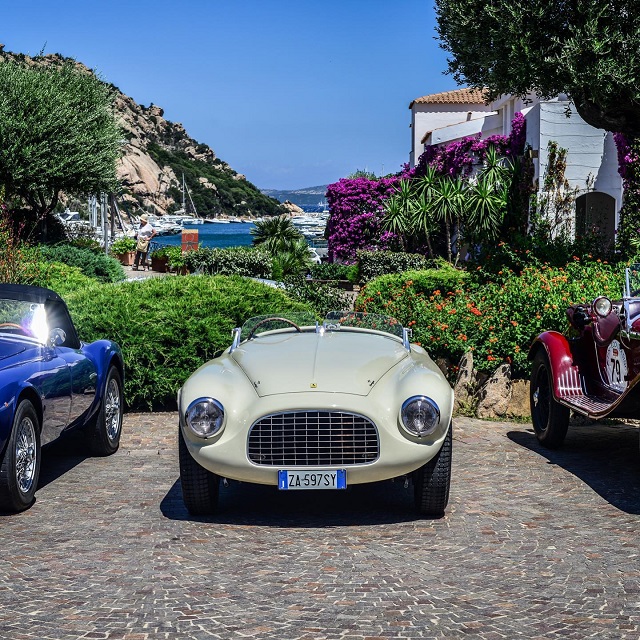 As well as being one of the most important and certainly the most eagerly awaited social events of the Costa Smeralda’s motoring summer, Poltu Quatu Classic is one of only two, very select Italian concours d’elegance recognised internationally by FIVA (the other being the Concorso d’Eleganza Villa d’Este).

Participants will spend a long weekend in the most glamorous places
of Sardinia, such as Phi Beach, for the New York Times one of the world’s top clubs, where

experience the “best sunset on the Costa Smeralda”, the Capriccioli beach, made famous by the film “007 the Spy Who Loved Me”, the Li Neuli Country Club, the Promenade du Port and the small square of Porto Cervo, the ancient village of San Pantaleo and the marvellous Poltu Quatu, the hidden gem of the Costa Smeralda that has now become famous in the panorama of the international jet set.

The authoritative Jury of the Competition will be chaired for the fifth consecutive year by Paolo Tumminelli, university professor and automotive historian, author of a judging method that has attracted the attention of the world’s most noble Concours d’Elegance. With him to judge all the cars in the Concorso and award the Best of Show 2022 will be Luciano Bertolero (Founder of Auto Classic and great Ferrari expert), Tiddo Bresters (President of FIVA), Alberto Scuro (President of the ASI), Mariella Mengozzi (Director of the National Automobile Museum), Ulrich Knieps (former Director of BMW Classic), Valentino Balboni (legendary Lamborghini test driver), Carlo Di Giusto (Deputy Director of Autoltaliana, Ruoteclassiche and Youngtimer), Emmanuel Bacquet (Villa d’Este Selection Committee), Alberto Vassallo (Founder of Car and Vintage), J. Philip Rathgen (Ceo of Classic Driver), Shinichi Ekko (President of Maserati Club Japan), Shayan Bokaie (Chief Content Strategist of Marqued), Gaby von Oppenheim (Editor of Octane Germany),

The patron of the Concorso, Simone Bertolero, will present the event on board his legendary Fiat 500 Jolly Ghia, the favourite “spiaggina” for the glam summers of the protagonists of the international jet set international jet set, such as Avvocato Agnelli and Aristotle Onassis. And as always, he will be joined by journalist Savina Confaloni, famous anchor woman and automotive and lifestyle reporter.

This year, there are seven classes in the Concorso d’Eleganza Poltu Quatu Classic:
PEACE & LOVE: the answer to the world’s needs
SEX ON THE BEACH: a cocktail of unique beaches
FERRARISSIMA 75: celebrating the anniversary of a legend
SUPERCAR: the most iconic sports cars of every era
RALLY QUEEN: from the World Rally Championship to the Costa Smeralda
SOMETHING SPECIAL: reinterpretations of a legend

Finally, the ever-present LA DOLCE VITA class dedicated to the leading cars of the 1950s and 1960s, will see the participation of the original example of the Lancia Aurelia B24 driven by Vittorio Gassman in Dino Risi’s iconic film, ‘Il Sorpasso’.

Compagnia dei Cammini: leisurely journeys in the footsteps of the Histories of Italy

The 20 most beautiful countries in Italy in 2018