The underwater itinerary of Cala Minnola on Levanzo has been restored

International call for papers for Luigi Vanvitelli extended to 10 January

STREGHERIE - Facts, scandals and truths about the subversives of history

Uffizi to eat. The art of great chefs enlivens the museum's masterpieces

Lali Panchulidze, the noblewoman of Georgia who paints her land with words

The fire in Notre-Dame destroys history and beauty

Praise of the elite

At the Grand Ball of the Venaria Reale with red shoes

Kindness, a virtue almost disappeared is remembered on November 13

Palermo – The Cala Minnola underwater cultural itinerary in Levanzo has been restored thanks to an intervention by the Sicilian Region’s Superintendency of the Sea, directed by Ferdinando Maurici. The repositioning of the signalling and mooring buoy relating to the archaeological site near Cala Minnola was carried out thanks to the cooperation of Vincenzo Castelli and Francesco Demetrio, owners of the “Egadi Scuba Diving di Favignana” Diving Centre. 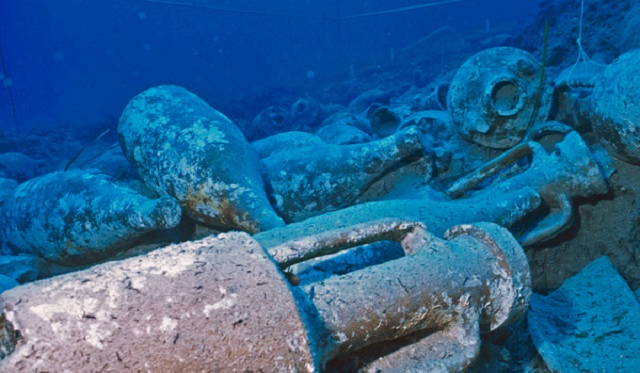 “The Egadi Islands represent a place of great fascination for underwater archaeology enthusiasts. The work carried out by the Superintendence of the Sea in Cala Minnola, off the island of Levanzo,” emphasises the Regional Councillor for Cultural Heritage and Sicilian Identity, Alberto Samonà, “restores the necessary visibility to the submerged archaeological site, where a precious Roman ship from the 1st century BC lies, and offers sea and archaeology enthusiasts the chance to discover a submerged but no less fascinating Sicily. The underwater archaeological site of Cala Minnola, located on the east coast of the island of Levanzo in the Egadi archipelago, preserves the remains of a Roman cargo ship lying at a depth of about 30 metres. The wreck has been known for some time and archaeological investigations carried out during the summer of 2005 brought to light the precious cargo consisting of wine amphorae of the Dressel 1B type and fragments of pottery, probably for the use of the crew; material all datable to the first half of the 1st century BC. Few traces survive of the wooden elements of the ship, and a few other lead elements, including a bilge pipe and three anchor logs. The ship’s place of origin is proven by an inscription legible on one of the amphorae: ‘PAPIA’, the name of an important Roman gens of upper Latium, known mainly for the production of wine that it exported throughout the Mediterranean.

Diving on the site, which is under a prohibition order, can be carried out by local diving centres authorised by the Superintendence of the Sea.

August 2019, on holiday in the Maldives…of Italy and Europe

Tunisia. The archaeological site of Dougga

On display the restored fresco of the Roman villa of Settefinestre

STREGHERIE – Facts, scandals and truths about the subversives of history

Uffizi to eat. The art of great chefs enlivens the museum’s masterpieces