Five tips for visiting Zurich in the coming months

The Tofana-Freccia nel Cielo slopes: vertiginous slopes and views of the Dolomites

Romantic getaway or adrenaline experience: the most beautiful beaches in the Canary Islands

Compagnia dei Cammini: leisurely journeys in the footsteps of the Histories of Italy

In Livigno in the snow chalet

A widespread New Year's Eve in Umbria, out of time and space

The good news on the pandemic front in recent days is making people want to travel again. Zurich is opening its doors wide now that there will no longer be any restrictions on travel from Italy, other than meeting one of these three criteria: being vaccinated, cured or having a negative Covid19 swab. The five themes for which it is worth putting Zurich on your personal list of “cities to visit” during 2022 are events, art, gastronomy, nature and sustainability. 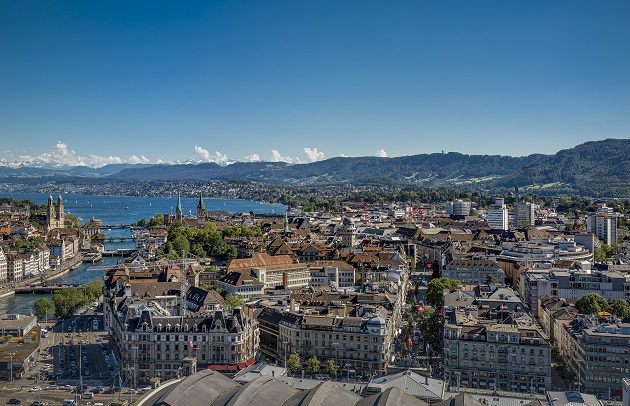 As far as events are concerned, which will take place in Zurich throughout the year, we start with the classic Sechseläuten, the spring festival held on 25 April, which will predict the weather for the summer. Among the many events planned, here are a few recommended during 2022. Zürich Tanzt, a dance festival in the city from 12 to 29 May; Cycle Week, where bicycles and ‘cycling culture’ will be the stars from 12 to 15 May; Caliente! one of Europe’s most important Latin American festivals from 1 to 3 July; the Street Parade, the now classic techno event in the streets of Zurich on 13 August; the Zürich Theater Spektakel, the big theatre festival along the lakeshore from 18 August to 4 September; and Zürich Openair, Switzerland’s biggest open-air festival of electronic, pop and rock music from 24 to 27 August.

There will be many important art-related events in the city this year too, starting with the completion of the collection in the new wing of the Kunsthaus, which opened a few months ago, and including two other major exhibitions in the city’s most iconic museum: the Niki de Saint Phalle retrospective from 2 September and the Federico Fellini exhibition “from drawing to film” from 24 June to 9 September. The Opera House will dedicate its 2022 musical programme to Richard Wagner, who lived and composed here during his exile, while the Lichtalle Maag will mount an exhibition entitled “Monet’s Garden”, dedicated to the French genius of Impressionism. Accompanying these events throughout the year is the Zürich Art Weekend, scheduled from 10 to 12 June, but with extra events also in March and November, when galleries, museums and art centres open to the public with exhibitions and cultural events.

Zurich remains a lively European reference in the field of gastronomy, so much so that Zurich Tourism has set up a Zurich Food Tour of the city, to discover gastronomic gems and unique products in the Swiss city and its surroundings. The annual FOOD ZURICH event is also confirmed this year, from 8 to 18 September, with health and health food at the heart of the events. It should be remembered that Zurich is one of the cities with the highest density of restaurants in the world (1 restaurant for every 200 inhabitants approximately) and where you can find more than two thousand restaurants, with new openings to be “tasted”: the Fischerstube, directly on the lake; the LUX, for those who like a chic touch; the Am Rank, a restaurant with live music and the Dar Restaurant, a mix of Moroccan and Spanish flavours.

The Swiss city also proves to be a unique destination for those who love urban tourism but don’t want to give up being close to nature. In spring, you can wander through the woods in search of the delicious bear’s garlic, or stroll along the tree-lined avenues and admire the blossoming cherry trees and magnolias. In summer, a dip in the blue waters of the Limmat or lake is a must. In autumn, the colours of the foliage can be admired on a relaxing walk up the city’s mountain, the Uetliberg. In winter, the nearby Alps make their magnetism felt, attracting tourists for a trip to the snow-capped peaks.

The new WOW Museum in Zurich impresses with special effects

The Baroque soul of Antwerp on stage today, from Rubens to Tuymans
Related Topics:artbonvivre.eucityscapeeventsfirstMonet's GardennaturepremieretravelZurichZürich Art
Up Next